ASML Holding NV said Wednesday that for the fourth quarter it beat net profit consensus and net sales rose, and that it expects continued strong sales growth in 2023 despite a challenging environment.

The Dutch semiconductor-equipment maker said net profit for the period was 1.8 billion euros ($1.96 billion) compared with EUR1.77 billion for the fourth quarter of 2021, and consensus of EUR1.71 billion, taken from FactSet and based on 17 analysts’ estimates.

The company declared a total dividend for 2022 of EUR5.80 a share compared with EUR5.50 a share in the year-prior period.

ASML said first quarter net sales were expected to be between EUR6.1 billion and EUR6.5 billion with a gross margin between 49% and 50%.

“We continue to see uncertainty in the market caused by inflation, rising interest rates, risk of recession and geopolitical developments related to export controls. However, our customers indicate that they expect the market to rebound in the second half of the year ,” ASML President and Chief Executive Peter Wennink said.

This article was originally published by Marketwatch.com. Read the original article here.

Idaho Satanists plan ‘gender affirmation ritual’ to protest ban on surgeries for children: ‘I praise myself’ 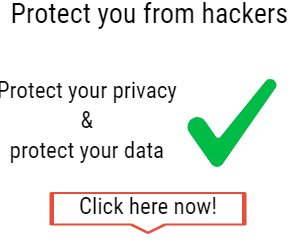 Should I Switch My Social Security Benefit to a Spousal Benefit?

Electric shock: A new study found that EVs were more expensive to fuel than gas-powered cars at the end of 2022 — here are...

How Much Will Capital Gains Tax on Real Estate Investment Property

Manage Cookie Consent
To provide the best experiences, we use technologies like cookies to store and/or access device information. Consenting to these technologies will allow us to process data such as browsing behavior or unique IDs on this site. Not consenting or withdrawing consent, may adversely affect certain features and functions.
Manage options Manage services Manage vendors Read more about these purposes
View preferences
{title} {title} {title}